As Texas seems to push forward without challenge in enforcing a near-total abortion ban, young people are in grave danger. Known as Senate Bill 8, a law banning abortions after 6 weeks in Texas went into effect on Wednesday, September 1st. Although up for a Supreme Court ruling (as the law challenges the previous ruling in Roe v. Wade), the resulting 5-4 ruling refused to block the law.

Other states continue to push a “pro-life” agenda while placing increasingly more restrictive laws on reproductive health and care. At least 12 other states have introduced bills restricting abortion, although all have been blocked or delayed by legal challenges. With a lack of governmental support, and in many cases, a lack of parental support, teens in the state of Texas face some of the most controlling laws currently in effect.

The impacts of the ban will be felt first-hand by younger people: those who do not have a steady income, means to travel out of state for abortions, or access to affordable healthcare.

As laws and social response to abortion quickly turn negative, the stigma against teenagers who need to get abortions heightens, leading to negative effects on their mental health. No one should be shamed for the right to choose what to do with their own body, least of all teenagers, who already face limited bodily autonomy and freedom.

The view of abortion in the public eye needs to change from only being a heartbreaking, life changing decision. For many people, it is a simple, straightforward choice made in the interest of their own safety and health.

Abortion Bans do not Stop Abortions: Only Safe Ones

Although it may not be legal in Texas to get an abortion after six weeks, there has always been other, more dangerous ways around restrictive laws.

Turning to the Internet

Teens at home are incredibly scared about what will happen should they face pregnancy. With access to the vast web, they will likely turn to dangerous methods for terminating a pregnancy (which will not be listed for safety reasons).

This can be extremely harmful as it places the burden on the parent to provide pseudo-medical care. Teens should not have to try “at home abortions” they find on sketchy websites: they should have equal and fair access to abortions, as it is guaranteed under Roe v. Wade.

The law does not allow state officials to enforce the ban, as it would likely be ruled unconstitutional and legally challenged immediately.

However, it does encourage private citizens to essentially tell on those who have abortions – regardless if the procedure were legal or not, or even if said person even intends to have an abortion. It encourages citizens to file lawsuits against anyone they know (or don’t know) who has an abortion or aids anyone in achieving such medical care (think whoever pays for the procedure, the Uber driver, the doctor, etc). Courts are required to provide the citizen plaintiff with $10,000 in “damages” for each alleged abortion obtained by or aided in by the defendant.

Essentially, Texas has evaded the Constitution by not enforcing the ban through law enforcement, but its own citizens turned bounty hunters.

The language in the law makes no exceptions for cases of rape and incest, which more often than not affect young people, including teens and even younger children. The law only allows abortion in cases that endanger the parent’s health, although what qualifies as endangering their life is unclear.

Forcing a potentially very young child to carry their rapist’s child is extremely harmful and damaging, which can lead to a plethora of negative effects on mental health. Anxiety, fear, depression, and panic can all result from a situation like this. The law is unsympathetic, harming young children and teens in more ways than one. 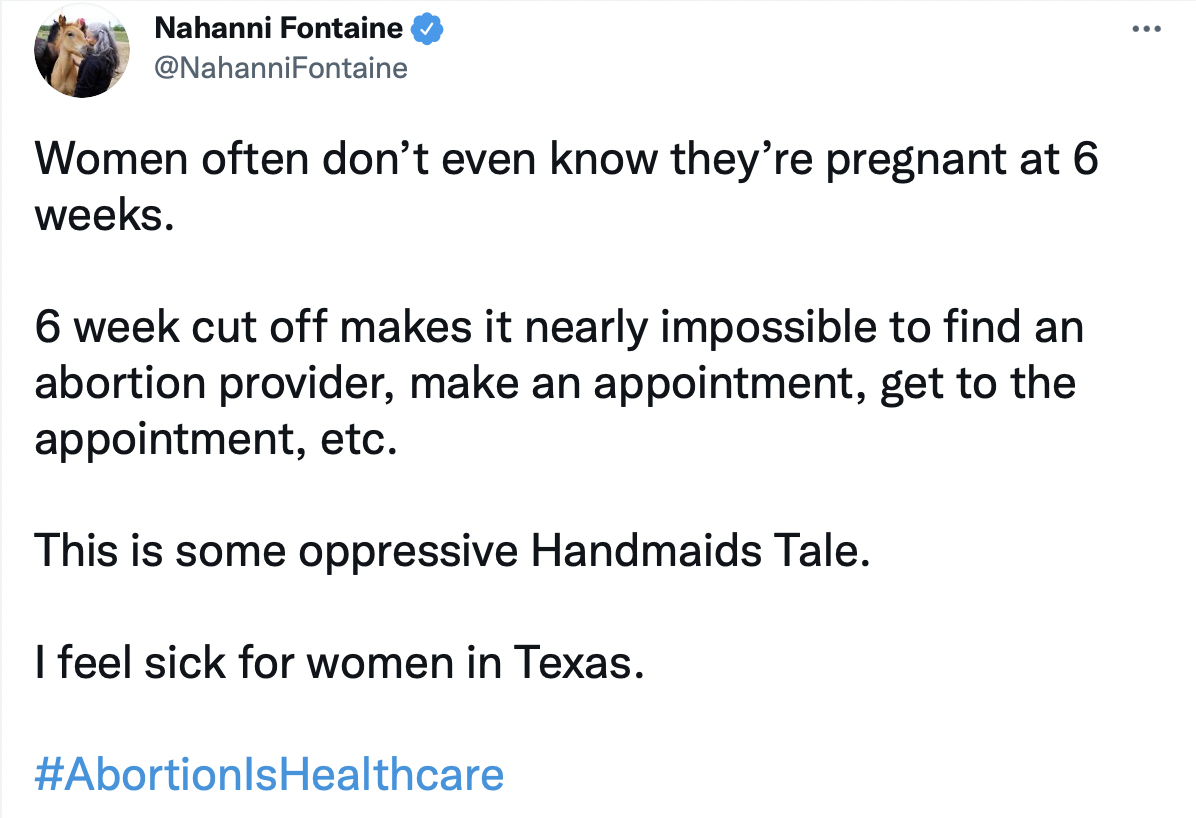 This law will disproportionately affect many groups, including people of color, low income people, and teens. Low income people must come up with the money to pay for an abortion (often upwards of $500) in the time between discovering a pregnancy and the 6 week cutoff. People of color, specifically Black women, face higher mortality rates during pregnancy. Undocumented immigrants may have a harder time traveling across or even outside the state to access a clinic. In Texas, minors must have parental consent to have an abortion, which can take weeks as many are forced to go through the court system to obtain permission.

The law is not protecting lives or improving sexual education. Instead, the deadline of six weeks is specifically chosen to be able to control women’s bodies. In a state with open gun carry laws and no mask mandates, the question arises: why are women’s bodies the only things allowed to be controlled by the government?